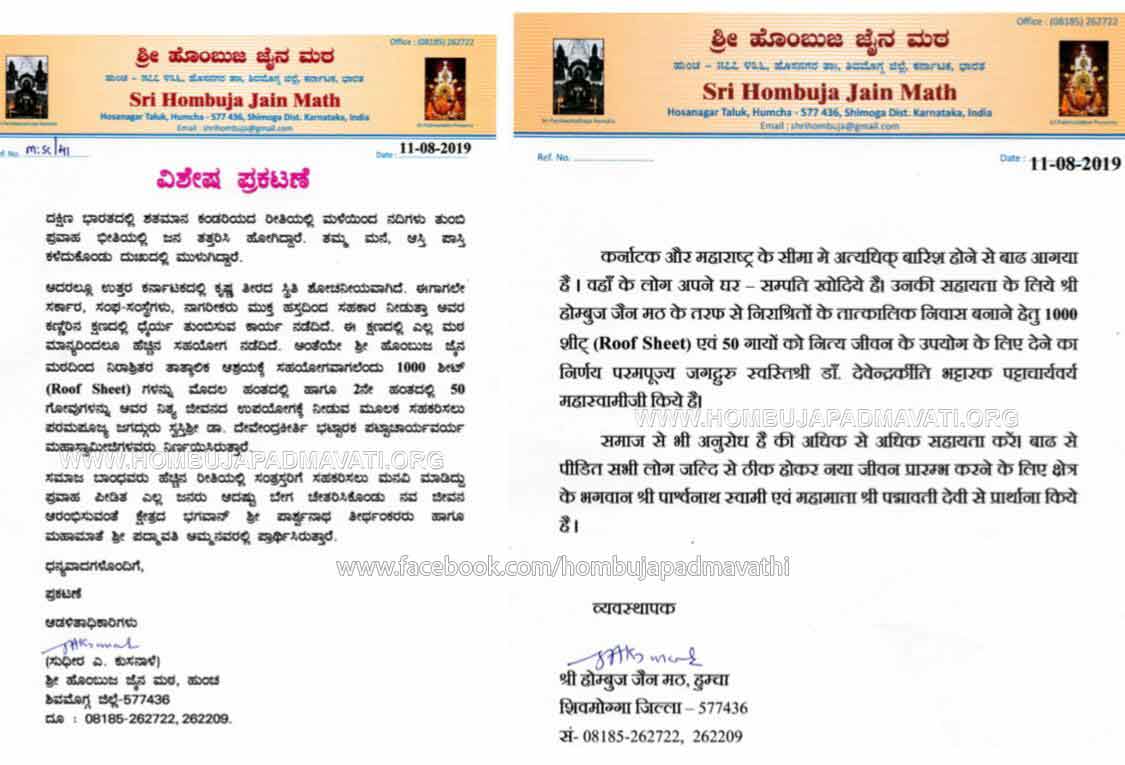 Hombuja, 11th August 2019: The The recent floods across Karnataka and particularly in North Karnataka has been very devastating and has affected the lives of lakhs of people cutting across all sections of the society. The situation of the people around the Krishna river basin has been furthermore devastating. In response to this the Government, individuals, organizations, math’s and other’s have started donating in huge nos. His Holiness SwastiSri Dr. Deevendrakeerthi Bhattarakha Swamiji, the pontiff of Hombuja Jain Math has also decided to help the people in this regard.

“The math has decided to donate 1000 roof sheets to the temporary houses that will be built for the flood victims during the 1st stage. They will also be donating 50 cows to the villagers to enable them to lead a comfortable life,” stated the press release issued by its administrative officer. His Holiness Swamiji has further called upon the people to donate generously towards this cause.

Swamiji has also prayed to Lord Parshwanath Tirthankar and Goddess Padmavati Devi to bless towards the faster recovery of all the flood-affected victims and enable them to restart a new life at the earliest.